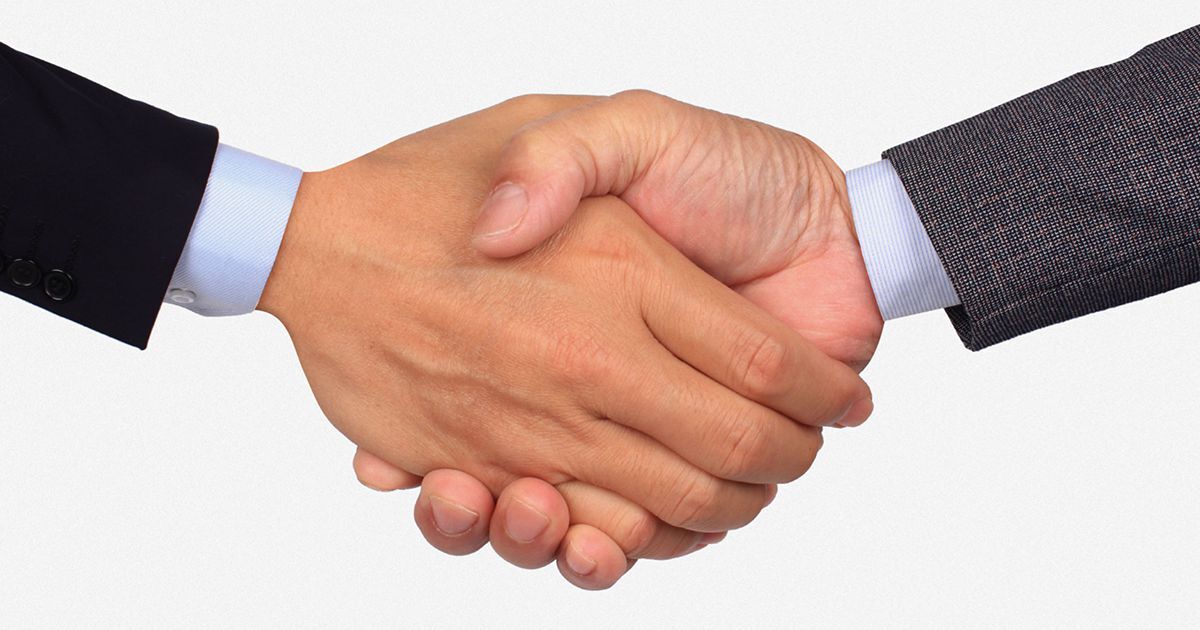 The ruling for the Time Warner acquisition ends any hope that Trump’s arrival in Washington would usher in a wave of populist antitrust crackdowns.

On June 12, U.S. District Judge Richard Leon approved AT&T Inc.’s $85.4 billion acquisition of Time Warner Inc., rejecting the federal government’s ham-handed effort to block the deal. Leon ruled that the government had failed to make its case that the combination of AT&T, the country’s biggest pay-TV distributor, with Time Warner, the owner of CNN, HBO, TNT, TBS, and Warner Bros., would hurt competition and lead to higher prices. The judge approved the deal with no conditions.

It was an ignominious outcome not just for Makan Delrahim, Trump’s antitrust chief at the U.S. Department of Justice, but for anyone still clinging to the faint hope that Trump’s arrival in Washington might usher in an era of populist antitrust crackdowns. Far from dealing a decisive blow to the monopolistic creep of corporate America, the government’s failure against AT&T will probably have the opposite effect. Consolidation will accelerate. Big media will grow bigger.

Not long ago, Trump was promising to reverse the trend. During the 2016 presidential campaign, he would occasionally train his populist spray gun on AT&T’s pending purchase. There was already too much power concentrated in the hands of too few, he told crowds. This led to the type of insider corruption he said he was fighting against.

It was almost possible during such moments to imagine Trump, if elected, reinvigorating America’s once barrel-chested monopoly-busting tradition. Perhaps he would travel to Washington with a well-whiskered, wild-eyed Steve Bannon, visions of bearlike Theodore Roosevelt dancing in their heads, and savagely maul mergers with the relish with which Trump once disemboweled boardroom supplicants on The Apprentice. First, AT&T would come to heel. Then so would the rest of the greedy globalists.

The DOJ filed its suit to block the deal in November 2017. AT&T’s lead attorney, Daniel Petrocelli, quickly struck back, calling attention to a televised interview that Delrahim had given months earlier when he was still working in the private sector. During the interview with BNN Bloomberg, Delrahim said that because AT&T, a content distributor, was proposing to buy Time Warner, a content supplier, the deal was a “vertical merger”—as opposed to a “horizontal merger,” in which two direct competitors team up. The last time the feds had tried to block or dissolve a vertical merger was in 1977, when the DOJ took on Hammermill Paper Co. and lost. Delrahim said that while the sheer size of the deal would attract scrutiny, “I don’t see this as a major antitrust problem.”

So what changed? In speeches last fall, Delrahim said that the department was taking a new approach toward mergers. Trump’s DOJ would rely less on “behavioral remedies,” which require or restrict specific actions on the part of the combined companies for a set period of time following the merger. Such remedies, Delrahim argued, were often ineffective and created a pseudo-regulatory process that the courts were ill-equipped to enforce. Instead, he said he favored “structural remedies,” in which the merging companies would be required to divest problematic divisions or product lines to gain approval. Before filing suit, Delrahim’s team discussed two potential structural remedies with AT&T: selling DirecTV, its satellite TV provider, or forgoing the acquisition of Turner Broadcasting, Time Warner’s division of pay-TV networks that includes CNN, TBS, and TNT. AT&T had declined to do either.

As the suit moved toward trial, Petrocelli and other AT&T advocates went on to suggest that the government’s true motivation was Trump’s personal grudge against CNN, a major asset within the Turner Broadcasting portfolio. Throughout the campaign and since becoming president, Trump had called the channel “fake news,” “fraud news,” “garbage journalism,” “dishonest,” “unwatchable,” “distorted,” “sick,” “a great danger to our country,” and “the enemy of the American people.” The name-calling, of course, is just one tactic in his media disparagement routine, and CNN’s not the only target. He’s blacklisted news organizations from campaign events. He’s threatened to yank broadcasters’ licenses. He’s fantasized about changing libel laws to make it easier to sue reporters. He’s mused about revoking White House press credentials. He’s mocked the physical disabilities of one reporter, claimed that a TV news anchor was suffering from botched plastic surgery, and invoked the menstrual cycle of another.

But could the president actually manipulate federal antitrust enforcement as part of a strategy for controlling the press? It’s been done before. In 1963, according to an account in Robert Caro’s The Path to Power, President Lyndon Johnson sized up a pending bank merger in Houston and saw a political opportunity. The president of one of the banks was also the head of the Houston Chronicle, one of the most influential papers in Johnson’s home state. Johnson reached out to the publisher-banker and offered to disarm the government’s opposition to the bank deal if he would guarantee in writing that the Chronicle would henceforth shower Johnson in favorable coverage. The publisher-banker acquiesced.

President Richard Nixon carried on the tradition. In 1971, Attorney General John Mitchell was preparing to file an antitrust suit against the three largest TV networks (ABC, CBS, and NBC) over their monopoly ownership of prime-time TV shows. Nixon, however, decided to hang fire. “If the threat of screwing them is going to help us more with their programming than doing it, then keep the threat,” Nixon was recorded telling an aide in the White House. “We don’t give a goddamn about the economic gain. Our game here is solely political.”

Was Trump playing a similar game with AT&T? The White House and DOJ have repeatedly shot down the suggestion. But Trump did seem to be dangling the company on a string. In the early days of the administration, AT&T Chief Executive Officer Randall Stephenson cozied up to Trump. He described himself as one of Trump’s “biggest defenders on public policy,” met with the president-elect at Trump Tower, and praised him to investors. Behind the scenes, AT&T began paying $50,000 a month to an obscure limited liability company founded by Trump’s personal lawyer, Michael Cohen. AT&T said it hired Cohen’s firm for insight on Trump administration views on issues such as antitrust enforcement and corporate taxation.

Throughout the courtroom proceedings, the government struggled to tell a convincing story about the risks the merger posed for consumers. Several witnesses testified that the combination of AT&T and Time Warner would create an unstoppable behemoth. This merged monster could favor its programming over shows from other entertainment companies. Or it could restrict other cable, satellite, or web TV distributors from gaining access to its top networks—thereby jeopardizing the innovation of streaming TV services, such as Netflix Inc. or Hulu Inc., that are delivered to consumers via the web. It was all very bad, the government argued, and ultimately would cost consumers more than $400 million a year.

But weeks of testimony turned up little in the way of damaging revelations about AT&T’s plans. Again and again, representatives of AT&T and Time Warner coolly downplayed the government’s concerns, testifying that withholding Turner programming would be self-defeating because its profitability depends on wide distribution. From the start, AT&T said it would be happy to allow arbiters to resolve any disputes that might arise during fee negotiations with rival distributors. The acquisition, they argued, would give AT&T better insight into how its customers prefer to interact with TV shows and advertising—ultimately allowing AT&T to design cheaper, more efficient, more satisfying experiences for its millions of customers.

A year and a half into his presidency, Trump’s promises to curb the dangerous influence of big media companies haven’t progressed much beyond the DOJ’s actions against AT&T and Time Warner. If anything, the government has tilted in the opposite direction. Since his arrival in D.C., the Federal Communications Commission has proved as committed to populist media reform as the farm-to-table dining community is dedicated to Choco Tacos.

Under Ajit Pai, the former Verizon Communications Inc. lawyer Trump appointed to head the FCC, the commission has been busy steadily loosening the nation’s rules restricting media ownership. The changes have only encouraged more consolidation, such as Sinclair Broadcast Group Inc.’s pending $3.9 billion acquisition of Tribune Media Co.—the completion of which, critics argue, will further crimp local TV news reporting around the country.

Media watchdog groups—which have long been concerned that the self-interest of powerful corporate interests would someday stifle independent and investigative journalism—have watched in alarm as the FCC has rolled back the so-called net neutrality rules. The changes, critics say, have given big conglomerates more power than ever to determine what information and programming reaches consumers.

At the same time, the long-simmering concerns about media consolidation have been joined by new anxieties about the consolidation of power in the far larger, far richer tech giants (Apple, Amazon, Facebook, Google, Microsoft) and the vexing societal problems—online abuse, data theft, privacy violations, election interference, and conspiracy mongering, to name a few—radiating from their most successful media products.

Part of AT&T’s rationale for acquiring Time Warner is that to compete successfully with the tech megalodons, the company must get bigger. Virtually every media and telecom conglomerate these days is making the same justification: Silicon Valley is coming for our dinner, and if we don’t get larger, we’ll be left fighting over the scraps.

That may be true. But the argument that to survive amid monopoly-size behemoths you have to first achieve their monopoly-size stature will hardly placate the growing chorus of economists who believe that Silicon Valley giants have already grown too powerful and might need to be broken up. How the loss to AT&T will affect the DOJ’s appetite for fighting monopolistic trends in the tech world remains unclear.

To date, Trump’s stance on technology consolidation looks a lot like his position on media consolidation: wildly inconsistent and personal. Throughout the campaign, he often singled out Amazon—whose chairman and CEO, Jeff Bezos, is the owner of the Washington Post—as a company in need of stronger antitrust scrutiny. At one point, during an appearance on Fox News, Trump told Sean Hannity that Amazon has a “huge antitrust problem.” More recently, he’s taken to attacking Amazon on Twitter, suggesting that the U.S. Postal Service should be charging Amazon more for deliveries. The antitrust division’s assessment of Amazon shouldn’t depend on the nature of the Washington Post’s coverage of Trump. Yet even after this administration’s loss to AT&T, it still might.

Meanwhile, any kind of sustained antitrust pressure looks less and less likely under the current administration. Far from wilting under the Washington spotlights, AT&T and Time Warner executives seemed energized. They repeatedly used their time in court to promote AT&T’s bigger-is-better vision for the future of wireless communications and home entertainment. Rather than stifling web TV services, they argued that the merger would spur innovation.

At one point, CEO Stephenson went so far as to unveil a streaming TV product from the witness stand. He explained that the online bundle of TV channels, called AT&T Watch, wouldn’t include any sports, and as a result would cost only $15 a month. AT&T wireless subscribers who have an unlimited data plan, he testified, would get it for free. What started as an example-setting populist attack by the Trump administration turned out to be a high-profile, government-sponsored marketing event for AT&T. —With Scott Moritz and Erik Larson