US Market premarket 4:23 AM 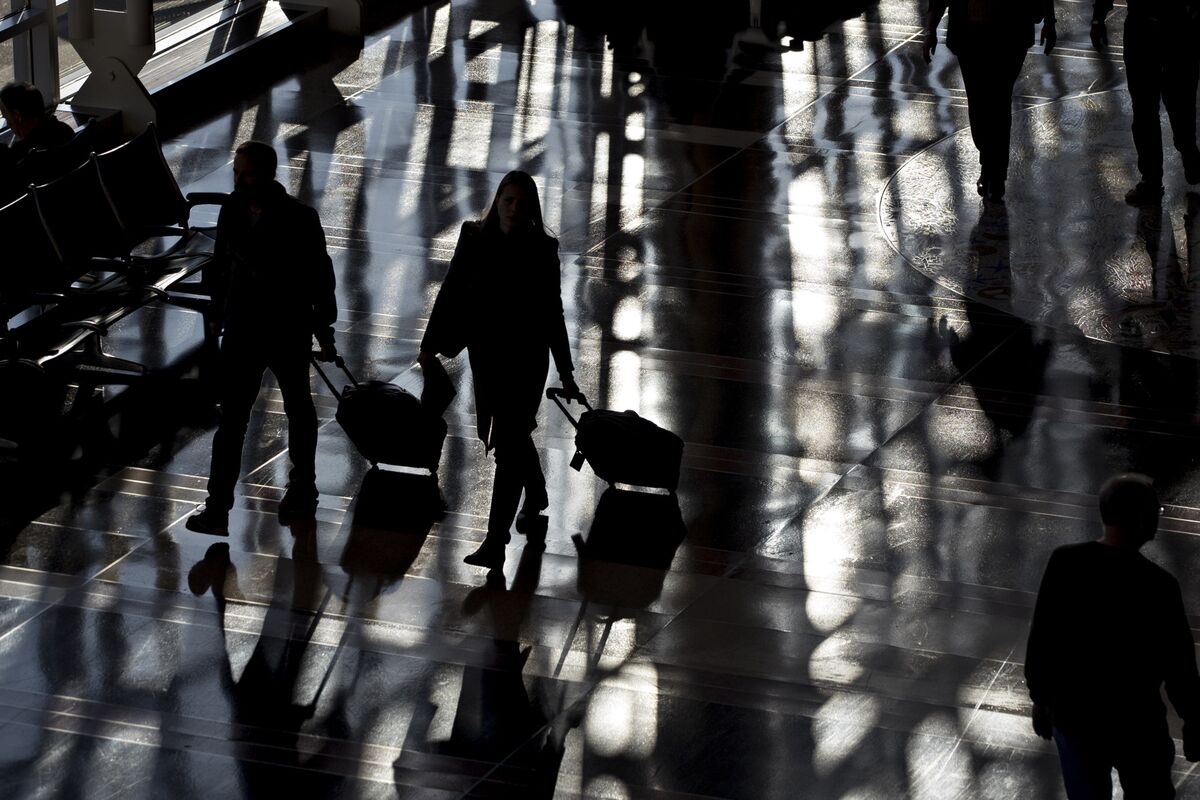 Hundreds of vetted frequent flyers had their credentials revoked because of where they were born, an advocacy group contends.

U.S. Customs and Border Protection removed more than 400 people from “Trusted Traveler” programs in January 2017 following President Donald Trump’s first, and most extreme, version of a travel ban aimed at people from seven majority-Muslim nations, according to a legal advocacy group’s analysis of government emails.

The CBP actions arose from an executive order that initially included U.S. permanent residents, leading to 432 people having their enrollment revoked, according to data released Wednesday by Muslim Advocates, which sued the Department of Homeland Security for records related to the revocations. The term “Trusted Traveler” includes four federal programs designed to ease entry into the U.S.

Between the Jan. 27 order and subsequent clarification, the advocacy group said, “documents produced in the litigation reveal that CBP officials combed through thousands of approved passengers, manually revoking the Trusted Traveler credentials of hundreds with ties to the countries listed in the ban.”

To enroll in Global Entry, one of the four programs, applicants must pay $100, provide personal information to the government and submit to fingerprinting. They’re also required to complete an interview with the CBP. The agency has several exceptions for eligibility, including criminal convictions, false statements on the application and a broad category applicable to candidates who “cannot satisfy CBP” of their “low-risk status.” There is no further detail on the parameters of the final prerequisite. The CBP doesn’t always give a reason as to why a traveler’s status has been changed, but they’re allowed to contact an agency ombudsman for review.

When it comes to how the government administers the “Trusted Traveler” program, “there’s a lot we don’t know.”

The agency said that all affected “Trusted Traveler” members have been reinstated. Meanwhile, the average number of revocations rose by 42 percent over the seven months following the travel ban, according to CBP documents obtained as part of the litigation. There were on average 169 revocations per week during the four months before the executive order was issued, but by August 2017, they numbered 240 per week. The data also show an increase in average weekly revocations for people from every Muslim-majority nation included in the initial ban, according to the organization’s analysis.

“The most striking change is the number of revocations from right before the Muslim ban to right after the ban,” said Scott Simpson, the group’s public advocacy director. He said it’s unclear to him if all permanent residents who had their status revoked due to the first ban have since had it restored. “The emails that we pulled from that time period showed a lot of confusion,” Simpson said, citing deficiencies in some of the applicant data CBP contractors were using to restore travelers. “It’s very plausible to me that somebody would have fallen through the cracks.”

When it comes to how the government administers the “Trusted Traveler” program, he said, “there’s a lot we don’t know.”

In April, the agency wouldn’t reveal how many people had been removed or restored. This week, CBP spokeswoman Jennifer Gabris declined to comment on the advocacy group’s report, how many people are enrolled in the “Trusted Traveler” programs or how that total has changed since the initial U.S. ban.

In an emailed statement, the agency reiterated that it had reinstated travelers dropped last January. The CBP also said that, while the agency has policies against discrimination, its agents will consider race or ethnicity as a factor in traveler screening in the “most exceptional circumstances.”

“A total and complete shutdown of Muslims entering the U.S.”

In December 2015, candidate Trump called for “a total and complete shutdown of Muslims entering the U.S.” until the government completes a security assessment. “It’s common sense and we have to do it,” Trump said at a campaign appearance, citing what he called the “hatred” of Americans by Muslims. “We have no choice.”

The four programs CBP operates include Global Entry, for U.S. citizens, lawful permanent residents and citizens of 10 other nations; NEXUS, for travel between the U.S. and Canada; Secure Electronic Network for Travelers Rapid Inspection (SENTRI), for travel between the U.S. and Mexico’s land borders; and Free and Secure Trade (FAST), for “low-risk” commercial shipments among the U.S., Canada and Mexico. Canadian citizens and residents may apply via the NEXUS program.

Muslim Advocates requested the “Trusted Traveler” records in March under the Freedom of Information Act and sued two months later, saying it had received no response. The CBP produced some documents in September, with additional data expected, Simpson said. Muslim Advocates has three other lawsuits pending in federal appeals courts related to the U.S. travel bans.

On Tuesday, Trump directed the creation of a “National Vetting Center” which he said is intended to better integrate “data held across national security components” and identify threats among immigrants and travelers to the U.S. The center will be directed by the Department of Homeland Security, coordinating with the State Department, Justice Department and the Director of National Intelligence.

It’s designed to detect “individuals who present a threat to national security, border security, homeland security or public safety,” according to Trump’s memo.