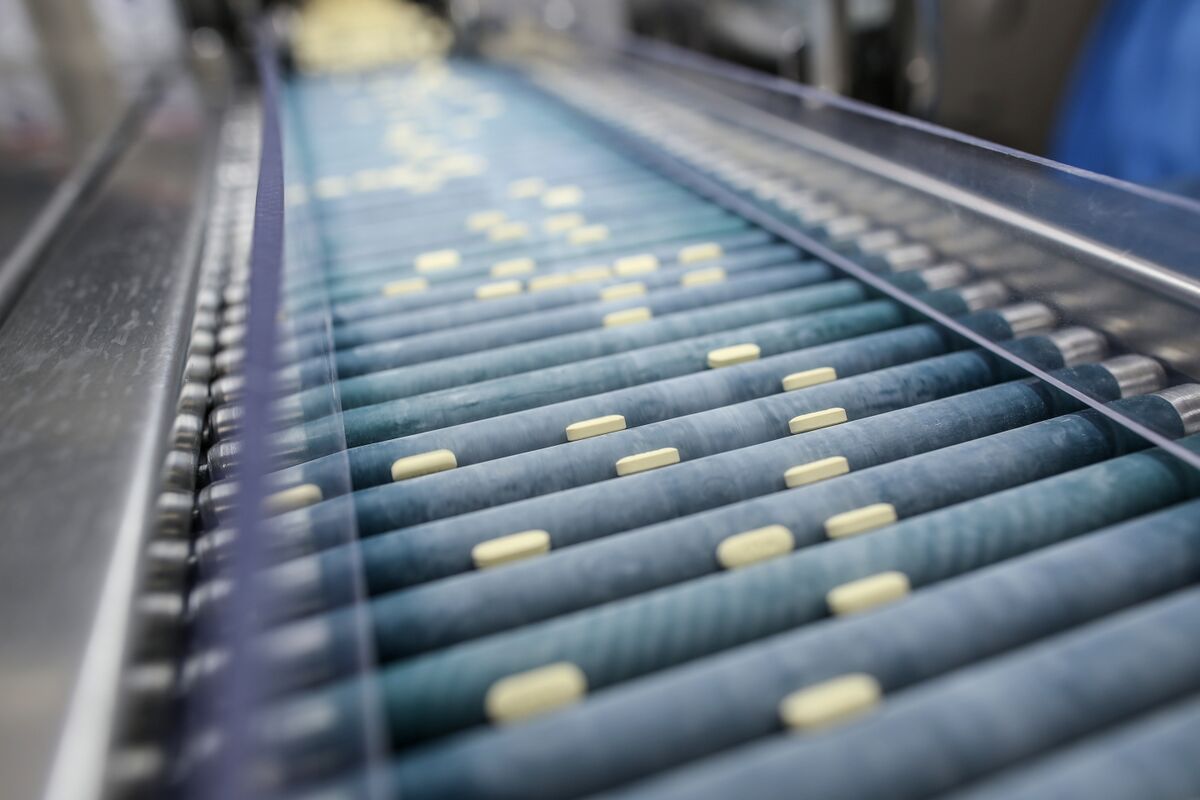 As U.S. regulators push hundreds of new generic drugs to market in an effort to drive down prices, the industry is facing a continuing problem in India, where many copycat medicines are manufactured.

As U.S. regulators push hundreds of new generic drugs to market in an effort to drive down prices, the industry is facing a continuing problem in India, where many copycat medicines are manufactured.

The Food and Drug Administration approved a record 763 generic drugs in the year ending in September 2017. It expects to sign off on even more rivals for branded drugs in 2018. FDA Commissioner Scott Gottlieb has vowed to tackle a lack of competition he has said is “a root cause of high drug prices.”

But getting more low-cost medicines to pharmacy shelves could strain a global supply chain already confronting questions about quality and safety -- especially in India, where about 40 percent of generic drugs taken by Americans are made.

The FDA’s efforts to police Indian drug plants have been hampered by staffing shortages as well as aggressive tactics by drug-company employees to cover up potential problems. FDA reports show some workers in India destroyed records to keep regulators in the dark about production issues.

Those oversight gaps could widen as the FDA tries to create a deeper market and companies seek to preserve their profits.

FDA inspection reports from India read like mystery novels full of deleted data, shredded documents and evasive employees. Intrigue surrounds tests designed to ensure that generic drugs are free of contaminants, properly formulated, and work like the products they mimic. When those tests fail, evidence has often vanished or been conveniently invalidated, agency records show.

The facility continues to manufacture drugs for the U.S. market. The FDA typically gives companies time to fix issues uncovered during an inspection before banning products from the U.S.

The inspection, which yielded more than 50 pages of observations detailing data discrepancies and failures to follow proper manufacturing standards, was a follow-up to a 2015 visit to the same plant, after which the FDA warned Dr. Reddy’s over many of the same practices.

India’s drug-manufacturing problems go back years. In 2013, Ranbaxy Laboratories Ltd., which was later bought by Sun Pharmaceutical Industries Ltd., agreed to pay $500 million to resolve allegations it sold adulterated drugs and lied about it to U.S. regulators.

Two of the plants Sun bought in that deal still aren’t permitted to send products to the U.S. Another Sun facility has been on the FDA’s banned list since 2014 after deleting more than 5,000 potentially undesirable tests.

In all, the FDA lists 44 drug-manufacturing facilities in India that are banned from sending products to the U.S.

Despite vowing to step up inspections, the FDA has struggled to monitor the more than 500 facilities in India registered to make drugs for the U.S. Agency inspections there dropped 27 percent in fiscal 2017 from a year earlier, to 185 from 252.

The FDA’s New Delhi office was authorized to have 13 investigators but only three slots were filled as of July 16, 2016, according to a Government Accountability Office report last year.

The number of inspections the FDA does each year can fluctuate, as does its staffing levels, Lauren Smith Dyer, an agency spokeswoman, said in an email. The agency determines which drugmakers to inspect based on known safety risk that takes into account compliance history as well as the type of products being manufactured.

“We think we’re much more effective at targeting those inspections now,” said Gottlieb, the FDA chief.

India’s pharmaceutical industry has improved the sanitation issues that plagued it when the FDA began increasing resources there; inspection reports no longer feature fly infestations and drains spilling over with urine. But assuring that the data reported to the FDA is fair and accurate and that important results haven’t been concealed still appears to be a problem.

In November, the FDA warned two Indian facilities operated by Lupin Ltd. for ignoring tests showing that pills made there didn’t meet quality standards. In 2015 and 2016, the FDA found 134 instances when drugs or active ingredients failed initial testing but the company chose to override the results. Lupin called the failed tests “laboratory error” even when evidence suggested that wasn’t the case, according to the FDA.

Lupin has 11 facilities that manufacture generics globally, according to its website. Its products include widely prescribed antibiotics, oral contraceptives and cardiovascular and depression drugs. According to a review of generic versions of depression drug Cymbalta by Bloomberg News last year, Lupin’s was the subject of the most complaints to the FDA.

Big foreign drugmakers such as Mylan NV, incorporated in the Netherlands, and Fresenius SE, headquartered in Germany, also received warnings about their manufacturing facilities in India. Mylan employees at its Maharashtra plant failed to investigate why drugs there didn’t meet quality standards and didn’t report substandard test results, according to the FDA.

“Consumers have no reason to be concerned by the quality of Mylan drugs manufactured in India,” Lauren Kashtan, a Mylan spokeswoman, said in an email. Mylan believes it has addressed the FDA’s concerns “and are awaiting re-inspection very soon,” she said.

Workers at a Fresenius plant in West Bengal that makes cancer-drug ingredients aborted more than 200 quality tests because it appeared that they would reveal potentially tainted products, and instead blamed human or machine error, the FDA found.

“We always take quality and compliance at all of our facilities very seriously,” said Matthias Link, a Fresenius spokesman, in an emailed statement. “We will of course address the issues raised by the FDA as swiftly as possible and work closely with the agency to assure they are fully informed of our progress.”

The bigger companies in India “have the resources to to crack this problem, they just probably haven’t had the experience,” said David Campbell, a partner in the consulting firm Oliver Wyman’s health and life sciences practice. “As they continue to grow, the experience will come with it.”

“The FDA is saying, ‘Our goal is to get effective, safe medicines,” Campbell said.

Smaller companies will step up as well, he said, particularly if they want to differentiate themselves as the FDA’s push for competition increases access -- and pricing pressure.

“That is the nature of the global market maturing,” Campbell said.