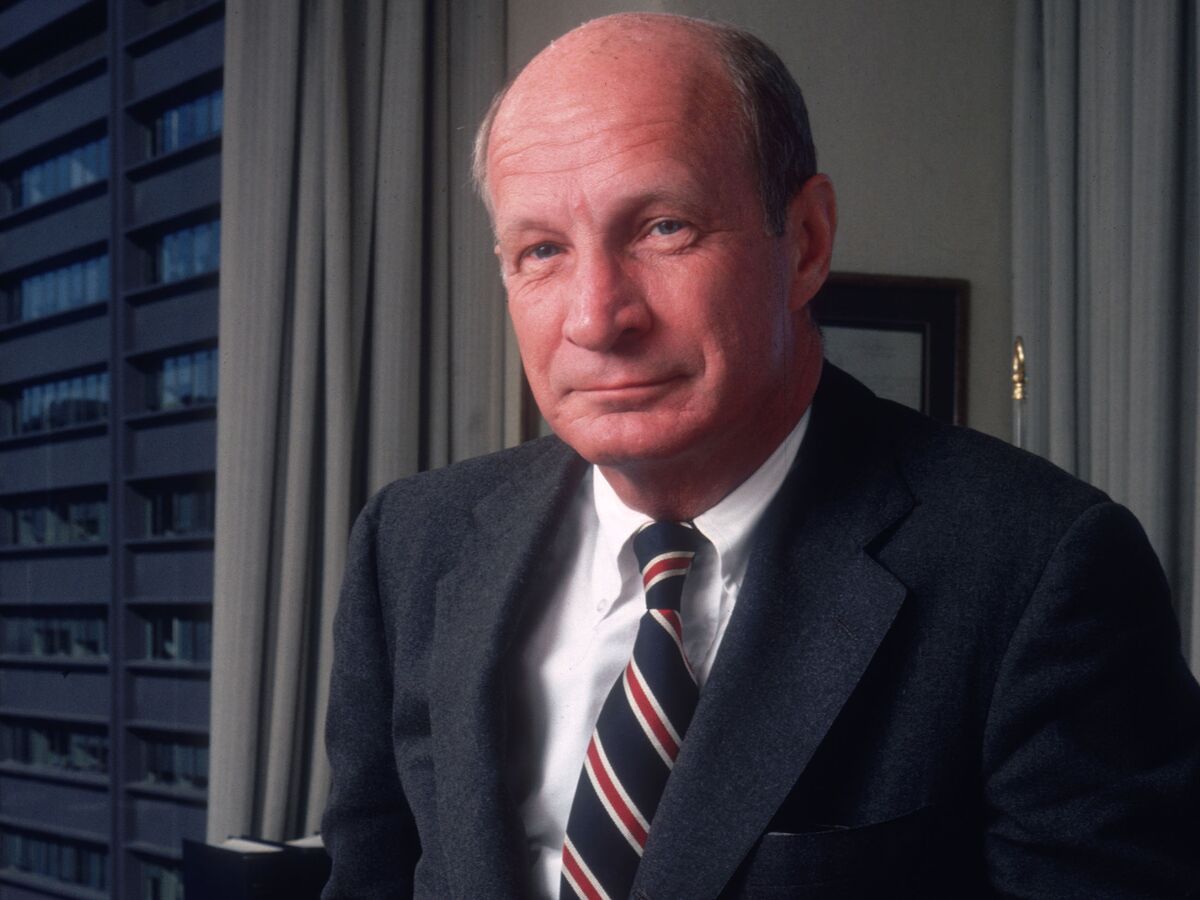 Richard Jenrette, who helped elevate the role of research as co-founder of the investment bank Donaldson, Lufkin & Jenrette, the first New York Stock Exchange member to go public, has died. He was 89.

Richard Jenrette, who helped elevate the role of research as co-founder of the investment bank Donaldson, Lufkin & Jenrette, the first New York Stock Exchange member to go public, has died. He was 89.

He passed away Sunday morning in Charleston, South Carolina, from complications of cancer, according to Margize Howell, co-president of the Classic American Homes Preservation Trust. Jenrette founded the trust in 1993 to preserve architecturally significant homes he acquired.

With Bill Donaldson and Dan Lufkin, fellow graduates of the Harvard Business School, Jenrette opened the firm known by the shorthand DLJ in December 1959. It first made a name for itself by providing research on growing companies not then covered by most of its Wall Street competitors -- firms such as Xerox Corp., one of its first “buy” recommendations. Before long, it had a client base loaded with pension funds, mutual funds and other institutional investors.

“Institutions were paying massive sums in brokerage commissions and getting nothing back for it,” Jenrette recalled. “So we offered them some real research for their commission fees. They were so tired of giving business to Merrill Lynch and other firms that they began to put business into us.” He was quoted in “What Goes Up: The Uncensored History of Modern Wall Street as Told by the Bankers, Brokers, CEOs and Scoundrels Who Made It Happen,” a 2005 book by Eric J. Weiner, now an editor at Bloomberg News.

DLJ grew as mutual-fund sales, and their attendant commissions, took off in the 1960s. Jenrette served as chairman starting in 1974 and also had a stint as chief executive officer.

In 1970, the firm sold shares to the public, allowing the founding partners to turn some of their equity into cash. Jenrette said becoming a public company was a goal of Donaldson since the firm’s founding. It also ran counter to a New York Stock Exchange rule prohibiting members from going public.

“Big Board Defied by Member Firm,” read the New York Times headline when DLJ announced its plan in 1969.

The NYSE could offer only limited resistance. Its leaders, “while appalled by DLJ’s gambit,” realized “that in order to continue financing the growth of the country’s great businesses, Wall Street needed more capital,” William D. Cohan wrote in a 2017 retrospective for Atlantic magazine. “The easiest and cheapest way for Wall Street to get the capital it needed was from the public, just as Wall Street’s corporate clients had been doing for more than a century.”

At DLJ, Jenrette succeeded Donaldson as chairman in December 1973 when Donaldson went to work for Secretary of State Henry Kissinger in the administration of President Richard Nixon. Donaldson would later become chairman of the Securities and Exchange Commission.

In 1984, when DLJ was bought by Equitable Life Assurance Society, Jenrette was the sole original partner still at the firm. He rose to chairman and CEO of Equitable. When the insurer faced a financial crisis in 1990, Jenrette cut $150 million in annual costs, sold 49 percent of the company for $1 billion to Axa SA and raised $450 million in an initial public offering that was the biggest demutualization of a U.S. insurance company.

In “The Contrarian Manager,” his 1997 book, Jenrette detailed his management philosophy of rendering competitors moot by doing things differently. “You are creating your own market, your own niche where you can excel on your own terms,” he wrote.

Jenrette also was known for his love for historic homes. Among those he bought and restored were Millford Plantation and Roper House in South Carolina, Ayr Mount in North Carolina and Edgewater in New York, which he purchased in 1969 from author Gore Vidal.

Richard Hampton Jenrette was born April 5, 1929, in Raleigh, North Carolina, one of three children of Joseph Jenrette and the former Emma Love.

He attended the University of North Carolina at Chapel Hill, graduating in 1951. The writing and editing skills he picked up at the student newspaper would come in handy as he oversaw the early development of research reports at DLJ.

After starting work for his father’s insurance business, he was drafted into the U.S. Army during the Korean War. Trained as a counterintelligence agent, he was assigned to conduct background investigations for those handling sensitive documents at the University of Georgia and other colleges, according to a 2002 interview he gave to Harvard Business School. He said he never actually found a Communist.

After graduating from Harvard in 1957, he went to work in the research department of Brown Brothers Harriman, then became a portfolio manager. In his third year there, he was approached by Donaldson and Lufkin about starting a new firm. Within that trio, Jenrette said, he was the “token non-Yalie.”

Lufkin “had this great vision of small, growing companies,” Jenrette recalled, while Donaldson “thought that the research was no good on Wall Street and that there was a need for in-depth research.”

Jenrette recalled: “I remember someone I worked with at Brown Brothers said to me, ‘Dick, you’re crazy. Don’t you know there have been no new firms since 1932?’ But I am a contrarian, so the idea appealed to me.”

— With assistance by Michael McDonald