US Market premarket 5:19 AM 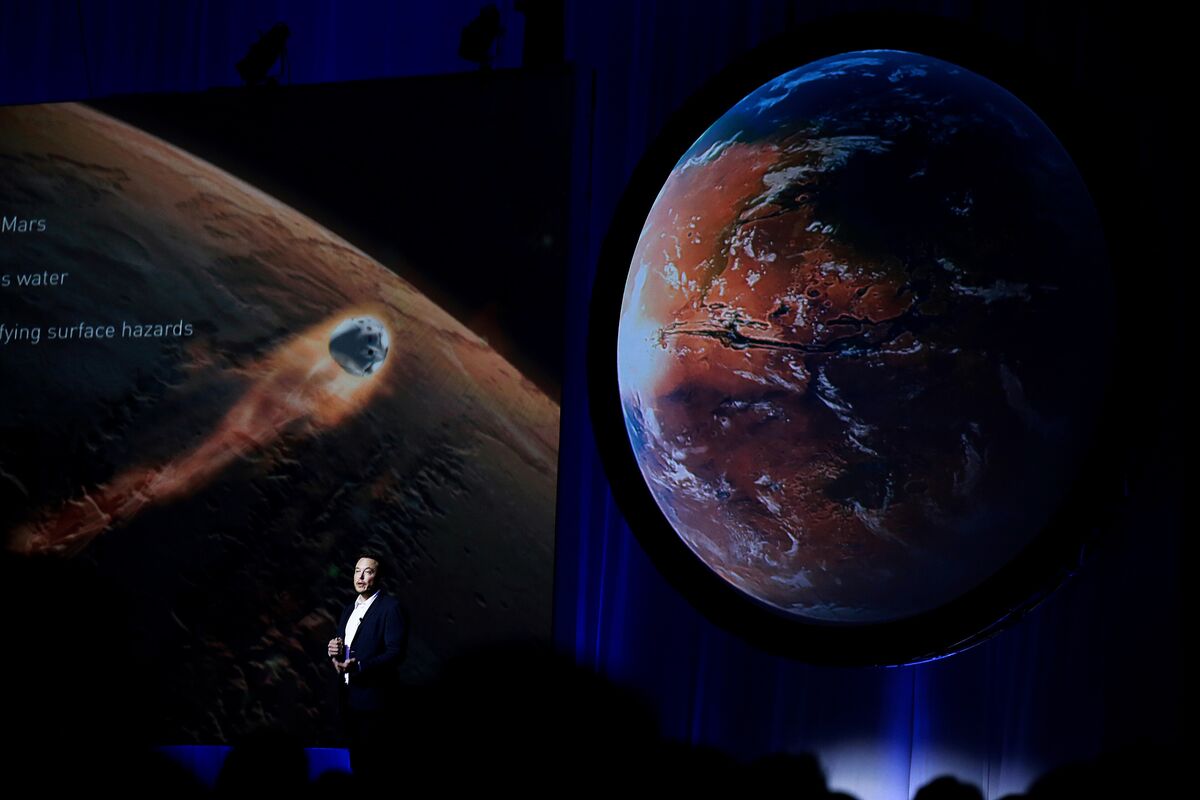 It is the Elon Musk of corporate pay deals, a cocksure, all-or-nothing moonshot into history. Little wonder, then, that it is for none other than Elon Musk.

It is the Elon Musk of corporate pay deals, a cocksure, all-or-nothing moonshot into history. Little wonder, then, that it is for none other than Elon Musk.

Tesla Inc. granted the billionaire founder a $2.6 billion award, the largest-ever of its kind, underscoring the company’s outsize ambitions and how intimately connected its future success is to Musk. If fully vested over a decade, stock options would net him as much as $55.8 billion. Along the way, nothing would be guaranteed -- zero salary or cash bonuses.

The audacious award outlines a plan for Tesla to become one of the world’s biggest companies, which would make Musk perhaps the richest man on the planet in the process, but without as detailed a road map to get there as was provided with his last award. This, too, is very Musk-like -- set big-picture, moonshot end goals, particulars be damned.

“It’s breathtaking both in size and in terms of performance required to earn it,” said Steven Hall, managing director of compensation consulting firm Steven Hall & Partners, said of Musk’s grant. “Like everything Musk is involved in, whether it’s building a company from scratch or launching satellites into space, this is beyond expectation.”

The award granted Jan. 21 appears to be Tesla’s way to put to rest questions of Musk’s future at the company, since the award is contingent on him remaining chief executive officer, or executive chairman and chief product officer. The plan laid out in a statement Tuesday leaves open the possibility for the company to “bring in another CEO who would report to Elon.”

Morgan Stanley analyst Adam Jonas wrote in a December report that investors widely expect Musk to devote more time to his rocket company Space Exploration Technologies Corp. and said this could lead to a merger with Tesla. Famed investor Jim Chanos, who’s been vocal about shorting Tesla since at least 2016, also said in an interview last month that he expects Musk will leave the company for SpaceX.

While Musk’s 2012 grant was linked to development and production of electric cars, his new package of 20.3 million options is tied solely to financials -- raising Tesla’s market value to $650 billion, roughly in line with Amazon.com Inc., and boosting either revenue or adjusted earnings before interest, taxes, depreciation and amortization. The grant vests in 12 increments if both market value hurdles and either one of the financial goals are met. The grant will require shareholder approval at a meeting in March.

While Tesla has struggled with manufacturing issues that have raised question about its ability to mass-produce cars, the company has met the production target of 300,000 vehicles outlined in Musk’s 2012 grant. The one remaining milestone is a gross margin of 30 percent for four consecutive quarters. Tesla’s margin has averaged about 21 percent during the last four quarters, according to data compiled by Bloomberg.

The opportunity to acquire more shares will also enable Musk to continue to use his Tesla holdings to back personal loans, which he’s done for several years. Musk had 11.5 million shares pledged as collateral as of April 20, a filing shows.

Tesla valued the award at $2.6 billion, even after applying a discount to the value because Musk can’t sell any shares for at least five years after he exercises his options. The 10-figure award dwarfs other mega-grants offered in recent years, including the $376 million in stock Apple Inc. granted to CEO Tim Cook in 2011, and the more than $100 million packages Oracle Corp. awarded to three executives in September.

If the award fully vests, Musk would own a 28 percent stake in the company worth about $184 billion, vaulting him to the top of the Bloomberg Billionaires Index. Amazon’s Jeff Bezos currently sits atop the index with a $111.5 billion net worth as of Monday’s close in New York. Musk’s stake in SpaceX constitutes about half of his current net worth of $21.5 billion.

“Musk’s goal is not to just electrify Silicon Valley, or CA, or the U.S. He wants to electrify the world,” James Albertine, a Consumer Edge Research analyst, wrote in a report to clients. He said Tesla’s proposed compensation package “goes a long way to accomplishing such a task.”