US Market premarket 5:55 AM

This Is the Market’s Latest Problem Child 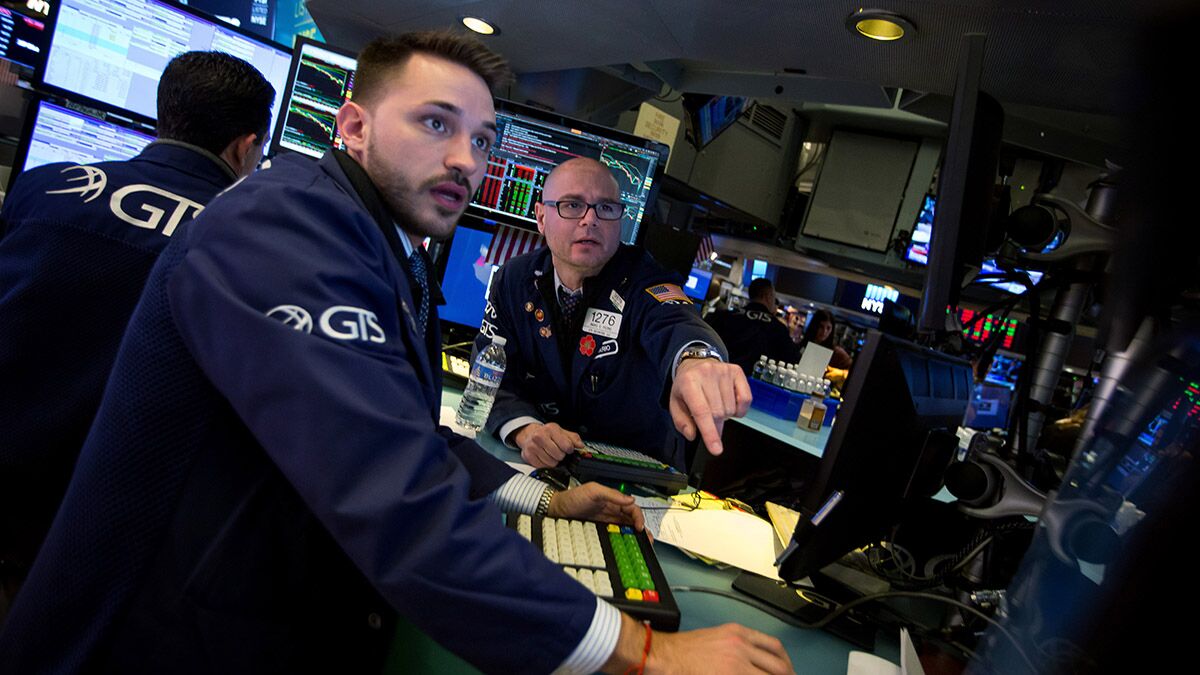 With the sudden demise of an exchange-traded product that bet against volatility, investors are asking: what else is lurking out there?

With the sudden demise of an exchange-traded product that bet against volatility, investors are asking: what else is lurking out there?

The implosion of the $1.9 billion exchange-traded note known by its ticker XIV came out of the blue. One week, investors were pouring money in at a record pace; the next it was hemorrhaging over 90 percent of its value. XIV used Cboe Volatility Index futures to bet on market calm. But it fractured Monday when the VIX jumped the most on record, and is now being shut down.

XIV is just another example of Wall Street doing what Wall Street does -- packaging clever strategies into investments that promise access to the far corners of the financial markets. But the proliferation of esoteric funds not easily understood by retail investors has created greater potential for damage as the U.S. ETP market more than quadrupled to $3.5 trillion in the last eight years.

“There have always been cleverly designed investment strategies that assume they’ll always have the liquidity they need to work, but that can be dangerous,” said Robert Michaud, chief investment officer of ETF strategist New Frontier Advisors. “Many of the greatest disasters in finance made the same mistakes.”

How big is the market for ETPs that use derivatives? Some 20 percent of the 2,100 U.S.-listed funds deploy them, with over 400 exchange-traded funds, notes and commodities managing $76 billion as of Jan. 31 relying on futures or options to build their investment strategies, data from Bloomberg show.

And these products are a far cry from the plain-vanilla exchange-traded funds that offer cheap access to broad market indexes. They vary from leveraged plays on the retail industry, to bets on the direction of oil or the U.S. dollar, to products that mimic hedge funds. Yet, they’re not much harder to buy and, in the wrong hands, can create a world of pain.

That they’re not designed for the average Joe is a given. But it hasn’t stopped retail money from flooding in.

“They’re motorcycles, not minivans,” said Sylvia Jablonski, the head of capital markets at Direxion Investments, which specializes in leveraged products. “I’d be the first person to tell a retail investor who’s not comfortable with leverage: don’t use our products.”

It’s these types of vehicles that a new Bloomberg Intelligence rating system identifies as deserving caution. Some 140 ETPs, roughly 10 percent of the surveyed universe, receive a warning for investors to stop and read the fine print before buying. Another 500 carry a ranking that encourages extra care.

Take the ProShares UltraPro QQQ ETF, the largest leveraged fund in the U.S. with $2.8 billion under management. Better known by its ticker TQQQ, the fund aims to deliver three times the daily performance of the Nasdaq 100 Index. To do this, TQQQ enters into swap agreements -- where two parties agree to exchange the return earned or realized on predetermined instruments -- and buys futures contracts.

The United States Oil Fund LP also buys futures, but for a different reason. Far from juicing returns, USO tries to match changes in oil prices by holding near-month Nymex futures. It has a 95 percent correlation to daily moves in WTI crude, helping it become the world’s largest and most-traded oil ETF. However, those returns collapse over a longer time horizon due to the costs to constantly maintain, or roll, these futures positions.

And then there are the funds stuffed with derivatives because they’re trying to replicate hedge fund strategies. More than 30 such alternative funds have sprung up over the last nine years, and they now house $2.6 billion. The biggest, the IQ Hedge Multi-Strategy Tracker ETF, uses total return swaps on ETFs to go up to 110 percent long and 10 percent short.

All of these funds receive the most cautious rating from Bloomberg Intelligence.

“How liquid are they and how liquid are the synthetic holdings?” James Pillow, managing director at Moors & Cabot Inc. asked of the hedge-fund imitators. “I’m concerned they’re not delivering what our teams think they do.”

It’s all disclosed within the prospectus -- if you take the time to read it. Trouble is, many investors, particularly non-professionals, don’t do it. When buying complex products through an online brokerage, all they have to do is tick a pop-up box acknowledging the risks of their purchase and a complex, risky product slides into their account.

BlackRock Inc., the world’s largest ETF issuer, publicly distanced itself from ETN strategies like XIV earlier this week, saying that “inverse and leveraged exchange-traded products are not ETFs, and they don’t perform like ETFs under stress.” The Securities and Exchange Commission, which regulates ETFs, is also taking note.

But for now it’s up to investors to figure out for themselves what they’re buying.

“Don’t click through your disclosure, this isn’t like an Apple iPhone update,” said Mike Venuto, chief investment officer of Toroso Investments, who says he switched from XIV to another short volatility product a few months ago.

“People just need to read what we’re already giving them,” he added. “The amount of trees our industry kills to send out prospectuses -- read the damn things. It’s black, white, bolded and, in some of these, it’s in bright red.”