US Market premarket 6:15 AM

Trump’s Tariffs Throw a Wrench in the Global Trading System 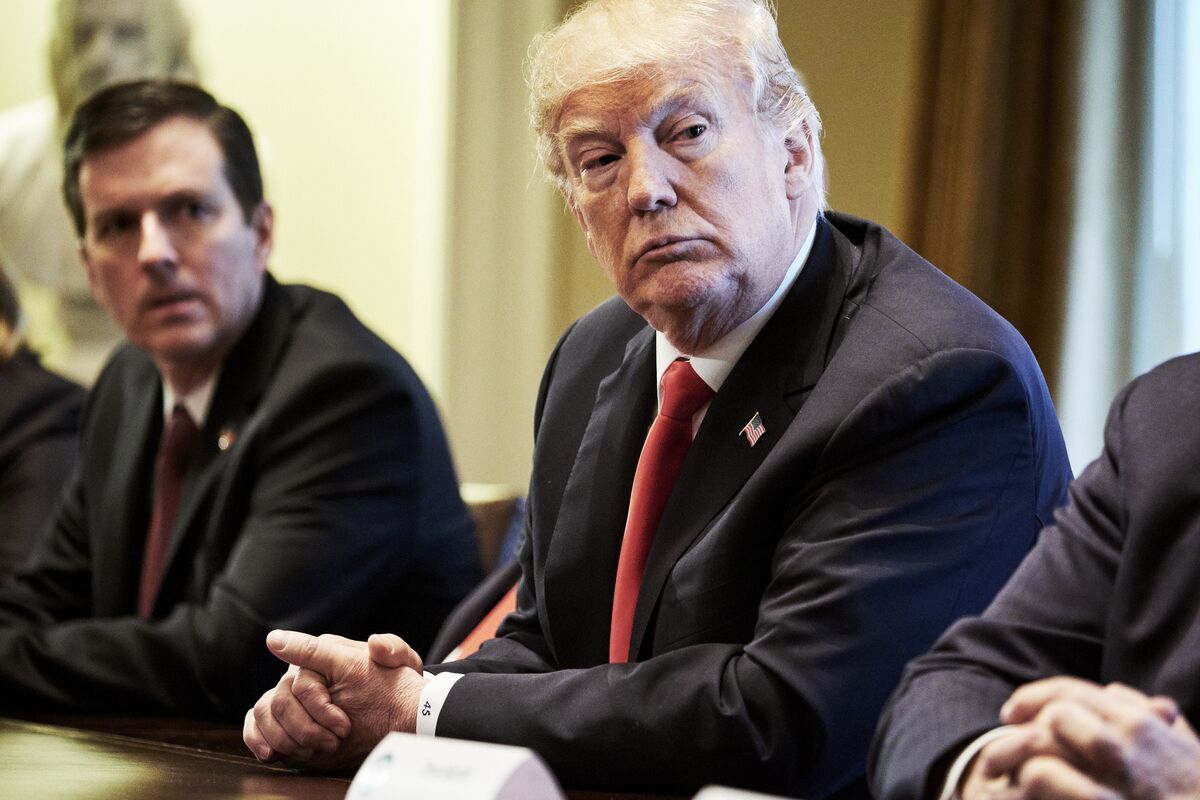 Just when it looked like the global economy was running on all cylinders, President Donald Trump injected a degree of risk to the otherwise favorable outlook.

Just when it looked like the global economy was running on all cylinders, President Donald Trump injected a degree of risk to the otherwise favorable outlook.

The U.S. president announced on Thursday plans to impose 25 percent tariffs on imported steel and 10 percent tariffs on foreign aluminum, with more details to be unveiled next week. American equities cratered for a third day as fears of a trade war spread and expectations for U.S. economic growth weakened a bit.

The decision wrapped up a busy week for the world economy:

The move to protect American metals producers threatens to raise prices for consumers and businesses that buy goods made with the raw materials. That will have implications for a U.S. central bank that’s debating how fast to raise interest rates this year.

The extent of any economic damage will depend on the fine-print of Trump’s new policies and the severity of countries’ retaliation. Some economists worried the move might presage a shift toward an era of more economy-inhibiting protectionism just when it looked like the growth headwinds were fading.

Economists at Barclays Plc estimated the levies could reduce U.S. growth by as much as 0.2 percentage point this year and inflation by 0.1 point.

It’s Jerome Powell’s Federal Reserve now. Almost four weeks since becoming the 16th person to run the U.S. central bank, the former investment banker made his congressional debut as chairman in what was the main event for the global economy this week:

The new chief stuck broadly to the Fed’s recent message, signaling it will keep raising interest rates in a gradual fashion. He did though hint policy makers could potentially act faster than the three hikes they now anticipate.

As Craig Torres reported beforehand, that reflects how a $1.5 trillion tax package is adding stimulus to the economy at a time of already low unemployment and solid growth.

The trick Powell will be keen to pull off is delivering a rare soft landing of the economy even with full employment.

Achieving that may require him to run inflation above the 2 percent rate the Fed targets. Much will though depend on where the Fed’s so-called neutral rate lies, the subject of fierce debate.

Click here for other things we learned from Powell.

Elsewhere in the global economy, the European Central Bank is still debating how to exit its own stimulus program.

A third month of slowing inflation in the euro-area may ward against such haste, however, and ECB President Mario Draghi said he’s not yet ready to pare back support.

Meantime, Bank of Japan Governor Haruhiko Kuroda sent the yen soaring on Friday by saying policy makers will start considering how to pull back around the fiscal year which begins in April 2019. That was the first time he had provided any clear guidance on the timing of normalization.

Still worried about weak inflation are Swedish central bankers, where price pressures are unexpectedly slowing despite massive stimulus. “If you look at the past few months, inflation pressure has been a bit lower than we had counted on,” Riksbank First Deputy Governor Kerstin af Jochnick told Bloomberg.

A reported spike in toilet paper prices is making consumers skittish on inflation in Taiwan.

Former U.S. Treasury Secretary Lawrence Summers warned the next U.S. recession may be longer than the last one.

And Bloomberg Gadfly suggested central banks may be wrong on wages.

There’s still no sign of a replacement for Zhou Xiaochuan as governor of the People’s Bank of China, although the country’s leaders did approve nominees for top government jobs.

Here’s a guide to the possible timetable for an announcement. In the meantime, Chinese officials are taking steps to rein in the finance industry and the economy is showing new signs of cooling. A momentous fortnight begins next week when leaders set policies for the year and detail plans to curb financial risk, air pollution, and excess industrial capacity.

At the ECB, Draghi doesn’t sound too happy about how appointments are made to his executive board.

Chart of the Week